As a 4-year starter for the Bobcat football team, Jeff was named 1st Team All-Ohio, Eastern District Player of the Year, and played in North-South All Star Game.

After high school, Jeff played college football at Colgate University (three year starter). He was commissioned as 2nd Lieutenant in the United States Marine Corps in 1998. Jeff served during Operation Iraqi Freedom and Operation Enduring Freedom (Afghanistan) as a member of 2nd Battalion, 8th Marine Infantry. He was awarded the Meritorious Service Medal in 2009. He was a part of the Department of Defense US Central Command from 2011 through 2014 and was promoted to Lieutenant Colonel in 2015. 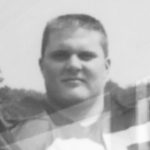