The Bobcats travel to Orlando, Florida to compete in the National Dance Team Championship this coming weekend.  The first round is prelims on Friday with the second round being Saturday where teams will be separated into two brackets. The top 14 teams advance to Finals on Sunday in Hip Hop and 20 in pom. The girls will perform Friday at 4:12 pm for Hip Hop and Pom will perform at 8:07 pm.
So far this season, the Cambridge Dance Team started in Lexington, KY at the UDA Regionals in November for our first performance of the season and took home Most Crowd Appeal Award. The girls then traveled to Detroit, MI for another UDA  Regional event (placing 4th at that event to the current reigning national champions, Eisenhower (Shelby Township, MI), Seton HS (Cincinnati) and Northville (Northville, MI) respectively out of 8 teams.
Next, they traveled to Seton High School for a regional event that hosts hundreds of teams. CHS placed 1st at that event and won Best Choreography for Hip Hop. The Bobcats also placed 3rd in pom. CHS was the highest scoring School Hip Hop of the day at Seton HS (of 11).  This past weekend, the CHS Dance Team competed in OHSDCA Best in the State earning a 2nd place in Pom, a 1st place Hip Hop, and Grand Champions of Dance.
The Bobcats practice 3 days a week from April to February. Their volunteer coaches are Jennifer Carpenter and Ashley McCauley. The girls work hard. They have 10 on the floor to compete in small varsity with 2 alternates.
Team Roster: 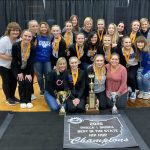 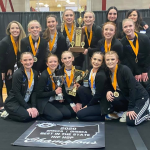 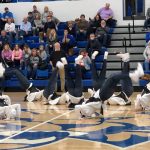