Gene Ford, was a Hall of Fame basketball coach and Indian Valley North graduate who passed away from cancer at the age of 67. A long-time coach at Cambridge High School who went on to coach at Muskingum College, Ford coached teams at Shenandoah, Tuscarawas Valley and Cambridge to 400 victories.

Ford was a 5-foot-8 guard who averaged 27.6 points as a senior at Indian Valley North High School in 1969-70 while earning a spot on the Class A All-Ohio first team. After scoring 1,310 career points, he moved to Muskingum College where he earned four letters and scored 1,717 points — second most in school history. He was “Athlete of the Year” in the Ohio Athletic Conference and made UPI’s “Small America” squad.

Ford coached his first team at Shenandoah High School and then spent five seasons at Tuscarawas Valley High School. After a move to Cambridge High School in 1980, he found true success. Over 25 years his teams won 400 and lost 183 — a .686 winning percentage. The Bobcats of Guernsey County had 11 seasons with 19 or more victories and five state tournament appearances. They were state Division II runners-up in 1994-95. Ford was head coach at Muskingum University from 2007-2015.

“I don’t think Coach would have wanted us to do this for him; he was always a “team first” guy. But, I do feel it would mean a lot to him knowing we are doing these things because of him.” said Cambridge Athletic Director, Aaron Quinn, who played for Ford on his first state tournament team. Quinn continued, “Gene Ford impacted so many of his player’s lives including mine. Cambridge Boys Basketball is a brotherhood in its purest form and his legacy within that brotherhood and tradition should never be forgotten.”

*Gym will be cleared before the 6:30 game 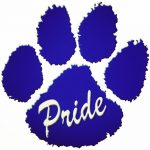